Pope visit in Lesvos yesterday and what he has not seen

Todays visit from the Pope and the Patriarch spread a message of peace and brotherhood throught Lesvos.

In order for this message to be well delivered, traffic was forbidden in many parts of the island and where permitted, police officers outnumbered civilians by far. Greek police evacuated the area around the port where the religious leaders and the Prime Minister gave a speech. They allowed entry only to local actors and to residents who seemed "quiet", whilst blocking entry to people who either had participated in previous demonstrations, or they were considered suspicious for participation in today's protest. Specifically, a solidarity member of Platanos with a journalist card was blocked to pass, while other journalists were entrying normally.
Four volunteers (of which two members of platanos) who managed to enter the harbor got arrested because they had brought in their bags two small banners proclaiming "Condemn the deal". Later on, the police arrested 5 more activists who attempted to lift a banner, while outside the port the coastguard seized another banner from the protestors.
The whole 9 volunteers were detained for over 3 hours before letting them free without charges. 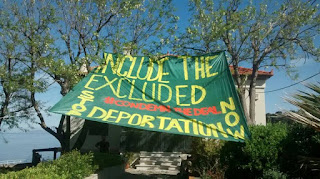 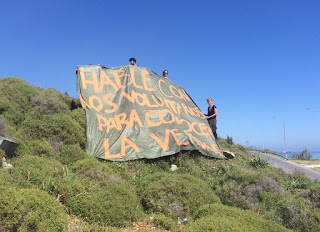 The hypocrisy of todays visit culminated in the detention centre of Moria, a place that was designed for 1500 people but now 3000 people are detained there in horrible conditions. Most of them are sleeping outside on the ground without even a blanket, without any care for the sick, the children or pregnant women. In order to prevent the Pope and the media from seeing this reality, authorities had hurriedly transported 1000 people to the reception centre of Karatepe and locked all the other detained refugees in the back. The visit took place at the front part of the centre, where authorities brought less only those refugees who had been chosen beforehand as they do not suffer the same terrible conditions as those stuck in Μoria .

In this way, the Pope met refugees who were carefully selected from vulnerable families of Kara tepe, people who had been registered before the agreement between EU-Turkey, who were living in an open centre and not in a prison, and who are not in the point of being immediately deported.
This staged spectacle included banners held by refugees saying "Pope is Hope" etc.
The whole day the Media reported about Pope's and Patriarch's "historic" visit to Lesvos, emphasizing the pro-refugee stance of Greece compared to the bullyish Europe who is building fences and closing borders.
Obviously they did not say a word about the closed border in Evros which has resulted in hundreds of dead people in the Aegean, not a single word about the terrible living conditions in Idomeni, not a word about the horrible detention centres and the illegal, according to international law, deportations carried out by the Greek state.

IDOMENI: INDEPENDENT VOLUNTEERS ARE NOT RESPONSIBLE FOR EU VIOLENCE

Idomeni the day after... 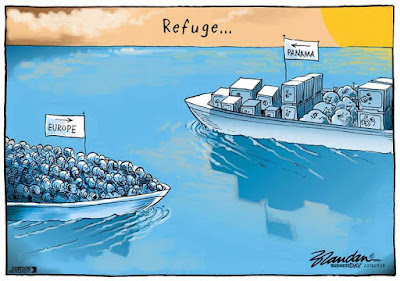 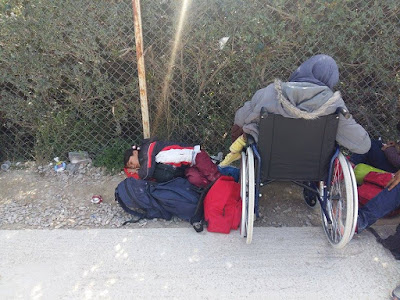 Some people, currently prisoners in Moria, sent these photos from a protest they did in the detention centre today requesting papers.
They told us: The food is not enough for everyone. There are children in this prison as well. A young man from Syria - who used to be an english literature student in university - said there is no information as to what their rights are. Many people have already been there 20 days.
They asked us to help show what is happening there.
There will be another protest tomorrow, 5pm.
10/4/16 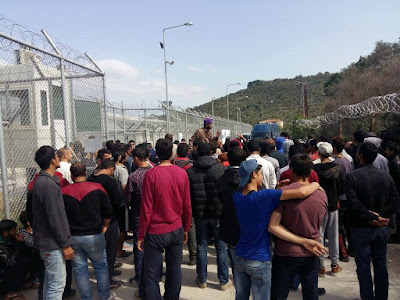 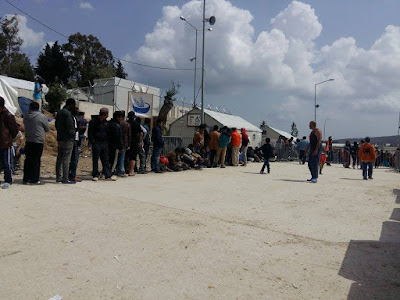 Reporting of the second deportation process in Mytilene, Friday 8-4-16

Voyces from inside Moria 1


In Moria are detained since the new EU-Turkey agreement all refugees arriving in Lesvos after the 20.3.2016 around 3.000 people among them babes women vulnerable cases . Since most NGOs qorking in and around Moria had to leave , the people detained are forced to send their help cries in written form. read and react. 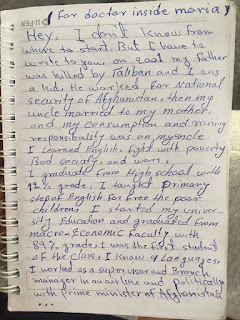 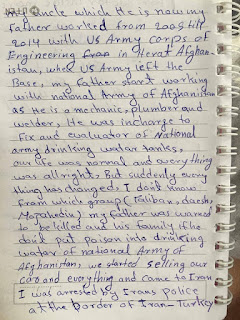 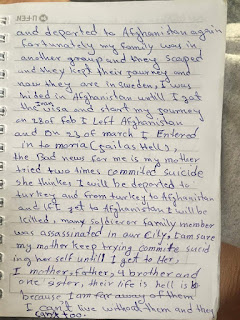 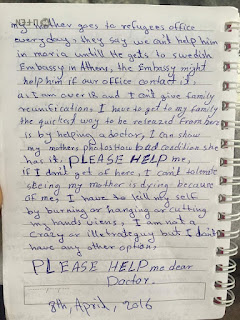 Skype appointments for refugees in Greece not accessible


In Greece to get an appointment to apply for asylum you have to call on Skype a hotline that is available twice a week ,two hours. the access is impossible.
For months now, thousands of asylum seekers, stranded in Greece have NO ACCESS to Skype asylum procedure. so, their registration papers expire, and don't get renewed.
people become illegalised because the system doesn t work.
they face the fear of arrest, detention or deportation, and noone does NOTHING to change this. Refugees do not break the law. State does.
Eingestellt von kein-Mensch-ist-illegal-hh um 14:28

Deportations from Lesvos today to Turkey and protest

136 people deported from Lesvos this morning and 66 from Chios. It is not confirmed that they had the possibility to make an asylum request before being deported. Many activists volunteers and local people together with media from all over the world watch this sham full activities of EU-Turkey and protest against it. 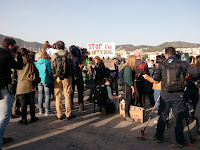 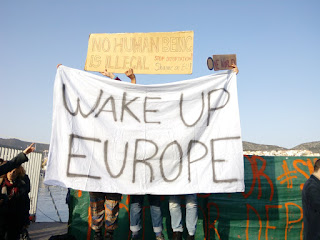 
here a report from the sea watch crew:

Ferries for a #savepassage, not for deportation!

Our crew took part in a protest among other SAR groups in Mytilini harbour today, to protest against the deportations to turkey, which are taking place from there since today. "It was a bizarre situation, while some people where deported, others where arriving on rubberboats," crewmember Giorgia Linardi tells. Still during the protest in the harbour, our crew was called to a rescue case on sea.