Letters from Refugees to the World No:6 Evacuate us from closed camps!

Letters from Refugees to the World
No:6

Evacuate us from closed camps!


Normally, 24 million kilowatts potential energy exists in a person`s body. This amount of energy can supply the electricity of a small town for one week.
But I repress,  stifle, waste all that energy, because of psychological problems every day. I am one among hundreds of unaccompanied minors who live in one of the most crowded refugee camps of Europe.

Here is Moria camp overcrowded with thousands of persons from every region of the world, with different backgrounds, different experiences, different mentalities. This diversity and complexity make the living conditions for hundreds of unaccompanied minors, be it boys or girls, physically and psychologically harder and harder.

A simple summer tent for shelter seems a dream for us. We have passed many days sleeping in the road. Instead of having access to useful education, we are learning how to steal, to use drugs, to trick the girls. And every day, we make plans how to get out of this prison.

I am an unaccompanied minor, who covered thousands of kilometers over deserts and borders to come to Europe. The sky was like my father and the ground was my mother. I passed the distances, counting stars, lonely and dreaming of a bright future.

I came here in order to have a brighter future, but what is happening to me and the other minors like me, is that we are  losing our hopes and our future looks dark.

I have lived here in fear -- fear of losing my way, my courage, my goals and of becoming trapped by male wolves. So I prefer to live in the road instead of living with single men around.


Here the boys are used for achieving goals, like objects. Every night with many efforts we are trying to escape from here, hanging under trucks hoping to board on the ships going to the main land and, from there, to continue our journey. Each unsuccessful try is followed with harassment, even physical violence.
Many of us live outside the camp’s section reserved for minors. Yet even minors from that section pass their nights in single men´s shelters instead. Nothing is free here, everything must be paid for. Even just staying in some one’s tent, in order to have a shelter, has a price.

How can an unaccompanied minor be safe while each moment he may be trapped and be forced to commit actions that will put him in danger?
We passed all the winter without a shelter to sleep in, without someone to guide us, to give us information and advice. Instead, we have been pushed, by older men, to do anything and be anywhere just to obtain a shelter or get some attention.

We cannot see an end to our situation. Even if we are moved to a special zone for unaccompanied minors, we would still need to be very careful to avoid becoming pray of domestic wolves.
Alcohol drinking and getting drunk are ways used to be rescued from all disappointments.
But all these problems are not only ours. The conditions are even harder for young unaccompanied girls. Listen to them!

We are all considered as objects, objects of lust. The eyes of young boys, of old men and everybody are all on our body and are following us just deceive.
Even if they are in a safer part of the camps, many unaccompanied girls spend their nights in the tents of single boys and young men in order to earn money. Having no guardians, these girls are treated like tissue paper.
Unaccompanied girls, as well as women, should seek for shelter only for themselves, even if it is just a simple summer tent for many days. Instead, they end up having a tent among many single boys and men who drink and get, endlessly, drunk. So anything can happen to those girls or women.

In addition, girls have no learning opportunities or access to physical activities.
Although there is a safe zone for unaccompanied minor girls, the metallic fence surrounding this zone does keep them apart from the boys outside.

Why should huge power for work be wasted? Such power could be usefully employed.

We pass our time holding a cigarette in our hand instead of a pen, a notebook, a book.
Youths from 11 year old boys to 18 year old teenagers are drowning their sadnesses in cigarette smoke.
We drink alcohol instead of drinking water of life .
We smoke instead of breathing in the fresh air.
We risked our lives and traveled  thousands of kilometers over deserts, valleys, mountains and sea facing thousands of problems to come here, but our lives are in jeopardy.

Security and safety lost their meanings for us here.

If we are going to have a chance to serve a country one day, we must be evacuated from this prison before we become living dead or psychiatric and clinical patients. 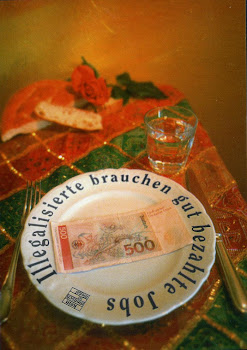